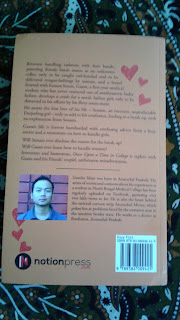 It's very rare, be it online or offline,coming across a storyteller  from North Eastern part of India.Am telling about myself strictly.Music bands are synonymous with that region.And the pristine beauty of nature and untouched exuberance of landscapes all these come to fore when we thought of it.For the reasons whatsoever,rest of the country remain cut off emotionally and socially with it and which makes us aware  whenever stray incidents of teasing or ragging happened in the name of Chinkies.Why this is all bound to happen though they are  also citizens of this country in every respect.I pondered over it many times.

At that moment,I was desperately thought of reading some stories or other literature written by North Eastern writers which would explain the social fabric of that region.There were many tribes with their own specific customs and way of life.That's OKay.But a perfect voice in the form of contemporary writing does make a sense in every possible way.There is a place for a Chingiz Aitmatov from each state to highlight the tapestry of life of the region and rest of the entire country is eagerly awaiting the same.Yes,much to be said and read.Then only the gap would be filled up.

Coming to the subject,in fact ,the name of this writer Gumlat Maio came my way when I  was browsing through a news website.After going through his words in the interview,really got surprised to have known that he was a doctor,writer and cartoonist.Out of enthusiasm,bought his book "Once upon a time in the college" from Amazon.He is a  ray of colossal sun in the offing.That's what I felt soon after reading his debut novel.

The novel sets in a medical college located at Siliguri,West Bengal.In brief, it is a story revolving around medical college ambiance.Hero and his friends Handu,Lokha and Prem bhai etc.,spiced up the college life.And many characters such as seniors and teaching staff went as they should be in any jolly ride college.There were twists,ragging,hot scenes,mischief dudes and what not.Protagonist was a Buddhist from Arunachal Pradesh.How they were mistaken even from Darjeeling people though they were looked alike.

A sketch of life is seen even in the college based plot.Many doubts clear off concerning the stigmas of North East people.Gumlat Maio is praise worthy for his simple style.Yet crisp to read further.He knows how to handle the theme without boredom.Cartoons he has drawn for the parts are fantastic with having his own lining signature.Gumlat Maio is expected to come out with a more substantial novel next time that could be of anything, intrigues every soul about the North East fabric of life. --Murthy Kvvs

Buy the book here through Amazan 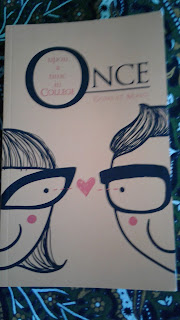