An Ode to a legend , Balamurali 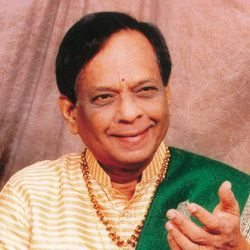 Mangalampalli Balamuralikrishna (86) a legendary vocalist does not require any introduction and his death yesterday sent shock waves to the world of music lovers. An unparalleled exponent of Carnatic music traditionHe created many new ragascomposed his own songs in additionHis penchant for acting skills was evident in several moviesHowever his unique achievement is he was appealing to the connoisseurs and the laymen alike.

Balamurali, as he was fondly called by admirers has a unique connection with BhadrachalamHe performed here as a vocalist several times in the last three decadesHis last one has taken place in the year of  2011.Describing his contribution will take several volumesApart from being a stalwart classical singerhaving laurels from film music was his specific featureBhadrachala Ramadasa Keertanas like "Paluke " always to be reverberated in the hearts of devotees.

He served  Bhadrachala  as Asthana VidwanAn era ended with the passing away of singerDepth and grace in his rendition will be remained as a model for the aspiring classical singersAll the music elite keeps pouring condolences from all quartersThe small village Sankaraguptam of East Godavari shot to being heralded as which is the birth place of the singerthat's what a hero could do for his native placeRest in peace sir.