Kudos to the place of condescending smile 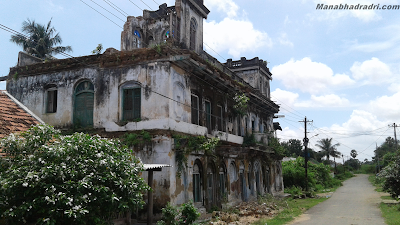 A building of yesteryear's glory

I should say kudos to a companion with whom chanced to be at Dummugudem again.The excuse this time is conducting the Hindi exam behalf of Dakshin Bharat Hindi prachara Sabha.I am not a taker of the exam, nor a conductor, but an ardent admirer of that little village,almost a nondescript entity by now.At the same time the past of this place is hoary and was busy with great activity.Its very look tells us what it was once.The place was a settlement of British employees before Independence.Some years back,I had written an elaborate  blog post on the burial stones of the deceased ones of the people who served as school teachers,administrators and navigation employees.Captain Glosford survey cited this locality widely. 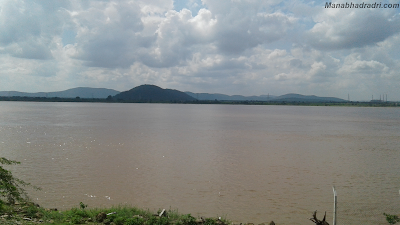 Godavari flows under the fluffy

It is a long story how the place had become a part of the  Britishersyet worth mentioning hereSir Arthur Cotton asked the Nijams to provide the Bhadrachalam and Nugur taluks  to facilitate the construction of Dhowlaiswaram project on the river Godavari,so it was handed over by the Nijams in the year of 1860.These two taluks transferred from central province to Madras Province in 1874.After independence,the entire place had gone into the East Godavari district and in 1959 adjoined to Khammam district for the convenience of administration.Right now,It's going to be the part of Kothagudem district shortly. 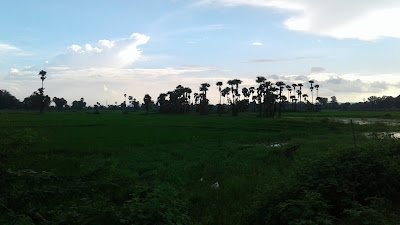 A Scenic beauty the entrance of  Dummugudem

Well, let's get down to the presentthis place is almost 30 k.m.  from the temple town and you will touch the outer road of it when you travel to ParnasalaWith the havoc created by the 1986 floodsmost of the villagers migrated to roadside village Lakshminagaram and important offices tooThough it is called as Dummugudem the actual working hub is the latter. 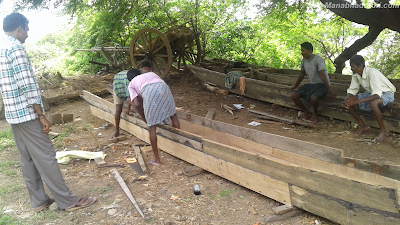 The age old constructions remind us the past and the timber used in the houses,gables,spacious ventilation borne windows all these have us somewhere.Apart from huge and small houses at the village,there were double storied buildings in the work shop,one was studded with glass heavily,so which was called by glass building.In this visit of mine,came to know that most of the constructions vanished to debris.Some looked dilapidated.The first school here established more than 100 years back.And still running under the management of Church of South India.Thus the remote area greatly benefitted in view of education. 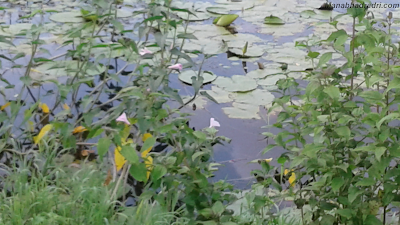 A Lake with flowers

Spectacular, the scene of overview of the village with cool breezelush green trees and the Godavari flows on the other sideInfinite serenityWe have met some people on the banks of the river who were indulged in making a boatquite interestingWho said there was no beauty in a sleepy and quiet place...All of a suddenthere was a rattle in the shrubs over theresome plant with a bunch of flowers was moving for the breezethose were never seen and my queries about them went futile. 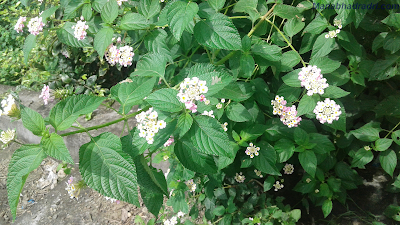