The road that looks meandering here in the picture leads to the bathing ghats of river Godavari at Bhadrachalam and the adjacent is karakatta which has it's decoration from the Ramayanam in the form of statues,created by Bapu and Ramana duo during their life time.Constructions seen are guest houses  built by various donors.At the very out set of the road,there is a park which also has a massive Hauman ji statue with folded hands ,welcoming the tourists in to the abode of Lord Rama. 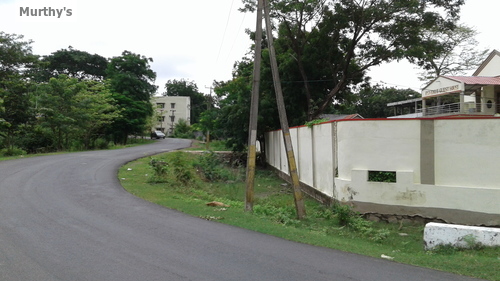 Along the Karakata with  thematic statues the place turned a visual treat to the beholders.One can not be overlooked the deforming status of some statues borne by perhaps hooligans came from outside,who knows being it the handy work of local con artists.However,they let it leave the lush green ambiance to its fate,My good heavens...! 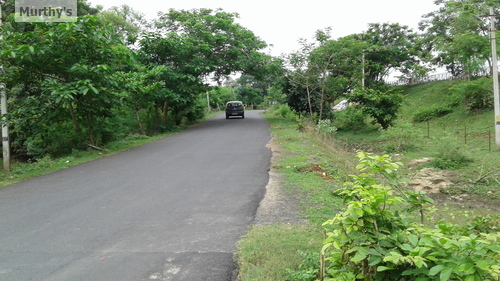 Bhadrachalam is altogether a queer place in many ways.Every season is at its extreme level,it seems.The road we are seeing here would get busier during the special fetes like Mukkoti,Sri Ramaavami and so on.Else,the way it seemed so, calm and serene..!The morning and evening walkers add random bustling but in a gentle way.Body,mind  and soul relax when we go there to sit for a while,in the late evening,infinite silence. 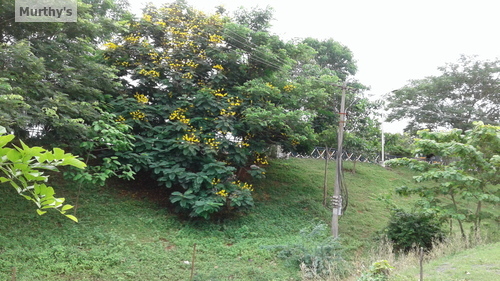 You need to be prepared for one thing,now and then,vehicles tend to swerve off the road,tourist buses in particular.Also witnessed snakes two times,trust me,they were so kind as they had vanished soon after grasping my presence,perhaps it's only the human being harms other people for the sake of fun.Have a nice day friends..!
Posted by Murthy K v v s at 8:01 PM