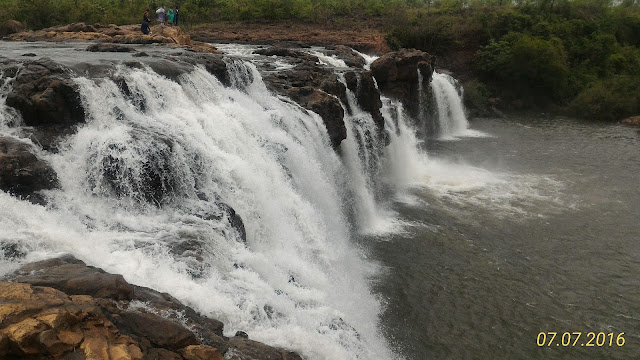 That was the place where the resemblance of  heavenly waterfalls gushing over the rocks with the lilting sound to bewitch the onlookersThe foamy floating seems to unleash to enchant the nature with its own fillThis fascinating phenomenon called Bogatha Waterfallswhich is just 120 k.m. From BhadrachalamAnd the village named Cheekupalli, Wazeed MandalKhammam districtWith the advent of the monsoon eye feasting waterfalls came to its best look to entice the visitors as usualFrom almost every corner of the district and of course across from other states to keep thronging here and the best bet for the happy vacationBut be careful when you are around the water since unexpected torrents proved  fatal several times.

Are you fed up with  age old tourist places..? Try it nextIt will fix you the best profound moments in your lifeHear the music of the waterfalls while sitting back to see the ethereal  romantic charm of both rocks and watersThe exotic location situated in the midst of lush greenery in additionYou can get the rewarding experience during the months of July to SeptemberAn exclusive video also presented here.