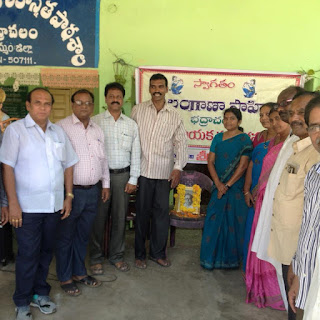 The renowned Telugu poet Sri Sri was remembered yesterday on the occasion of his 106th birth anniversary.The gathering of literary lovers conducted by Telangana Sahiti,Bhadrachalam.All these highlighted the relevance of his poetry even to the present day conditions.What made him so distinguished  in the field of Telugu poetry is his trend setting style,be it in diction,images and other technique with leaning to the common man and his problems.Though he started writing in hackneyed conventional style at his early days,he found his own inimitable and moving flow in poetry by which he paved new ways that almost inspired a generation to become awestruck and it is not hyperbolic saying his epigrams are still popular among the public.Very few commanded such respect in Telugu poetry.