Konta : A Small town in Chattisgarh 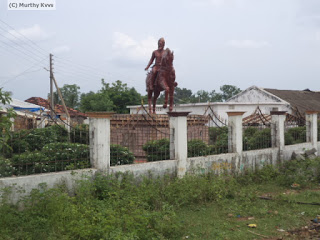 I am going to introduce a small town located in the state of  Chattisgarh,its Konta,almost an obscure and nondescript place but which has something in common with Telugu speaking people.Well,It's just 69 k.m. away from Bhadrachalam.Chattisgarh has closeness geographically from many points of Bhadrachalam division.From the mandals of Dummugudem and charla it's proximity not beyond 20 k.m.,As we already know,the bifurcation of Andhra pradesh axed the temple town in to many pieces.Not only temple lands,some streets of the town also have merged in to Andhra region.It's a different big story,let's resume it afterwards.

O.Kay,Some days back went to Konta along with a friend.He has some relations there and happened to visit one of them.Most of the business is conducted by Telugu people and the small town has well furnished houses against my prior thoughts.From there Odisha is seemed adjacent,people have to cross the river,that's all.Once I landed in the place,felt very cool breeze all along my stay.Reason is simple.There was ample forestation in and around the town.Lush green forest was whisking away as we were heading to the town.Let the Almighty bless the land so. 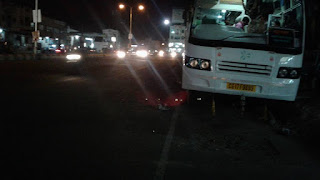 Infact,Chattisgarh region was so peaceful until almost 20 years back.With the advent of Naxals and Salwajudum ,the whole region became a war place.Common people especially tribals have been leaving the rural patches to Telangana and Andhra towns for their livelihood.Some are seen as coolies of plucking mirchis.Buses are now increased in number from the conductors of both regions.

I have asked a teacher of Konta about his anecdotes of the region.He was mostly concentrated on a kirana shop as there was no chance for teaching in the nearest village,since he was facing diktats from 'some people'.Almost each Telugu family has a business there,it seemed so.How beautiful it would be if this kind of nice landscape had got freed from the maelstorm of  internal catastrophic scene.
Posted by Murthy K v v s at 10:59 AM

Email ThisBlogThis!Share to TwitterShare to FacebookShare to Pinterest
Labels: Incidents