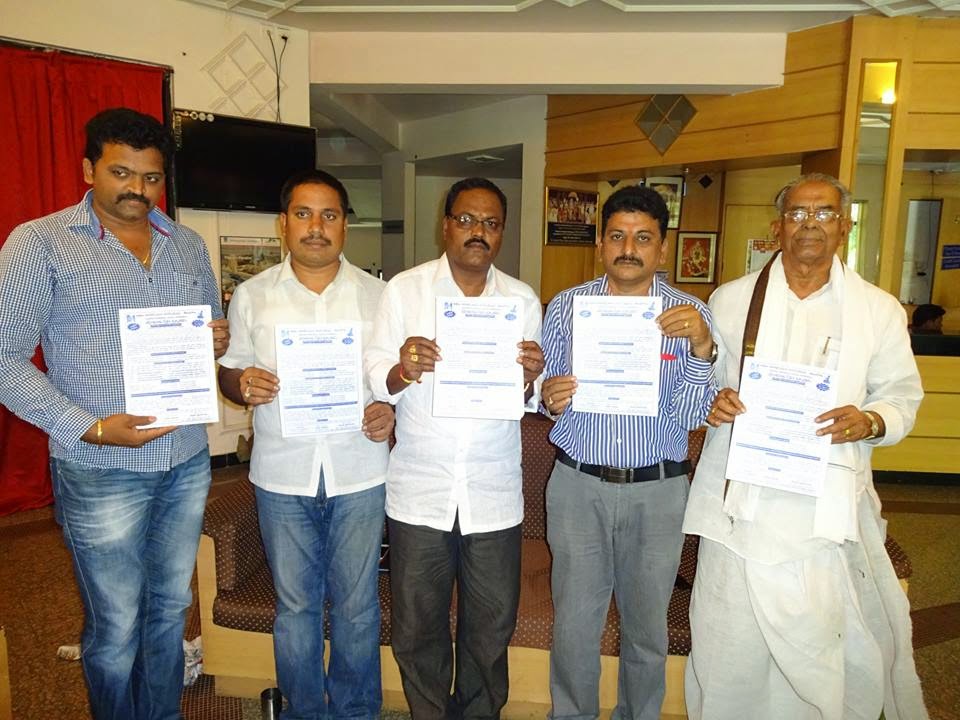 Awardee teachers association (ATA-TS) is going to conduct a unique cultural activity at the pilgrim town of Bhadrachalam on 4-5-15,Bekkanti Srinivasa Rao,convener of the competitions,disclosed the details of forth coming event.The brochure regarding it has been released a couple of days back.Enthusiastic participants are solicited nation wide to be part of  the gala event.

This national level competitions will be held in four segments i.e.,Bharata natyam,Kuchipudi,Folk dance and Tribal dance.The entire program is intended to uphold the keertanas,written by Saint Ramadasa (Kancharla Gopanna),the 17 th century's great devotee of Lord Rama,who had constructed the historical temple at Bhadrachalam.Pokala Dammakka was considered to be the first person to had poojas and shelter for the Idols of Sacred deities.The permanent structure of the temple had been finished when Kancharla Gopanna,a niyogi brahmin, was appointed as the tahasildar of the paraganas of Husnabad.He was jailed on the charges of being used Nizam's money collected as tax.History says he was sent to the Golkonda fort jail and still it is there to be seen.

From the ramparts of the jail,he created prolific literature out of his own anguish and devotion.Kancharala Gopanna was called as Bhakta Ramadasa.Now the program is going to held strictly abiding the line of Ramadasa's keertanalu at the venue of Mithila stadium on may 4.Group dance can be of 12 members maximum.The registration process has been begun,so rush to register before hand.For full details,please call on 98483 51370,93969 82375.Apart from coveted prizes,every participant will be given a certificate.

There will be a discourse on the prominence of Ramadasa keertanalu before the program by Sriman K.E.Sthala Sai and Sriman Gudimalla Murali krishnamacharyulu.
Posted by Murthy K v v s at 4:44 PM