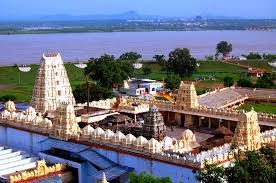 By voice vote in the Lok sabha,Telangana state has been materialized yesterday.It's an historical success for Telangana region.As a result of long lasting struggle and sacrifices Telangana flowered out despite of many an obstacles on the way.

Our Bhadrachalam division is of a different story when compared to the rest of other places.Bhadrachalam division is most debated in the saga of separation process,after Hyderabad.Because of the forth coming Polavaram project the place has a strategic importance.Not only that,it has boarders with Both Odisha and Chattisgarh states as well.

As per sources almost 123 villages,said to be Polavaram project hit-prone areas in the division,have been included in Seemandhra now.Even some villages of Bhadrachalam mandal also deleted by the effect.Bhadrachalam revenue division has four mandals on its north side and three mandals south side.At present,most of the villages belonged to southern mandals are merged with Andhra region.

Chintoor,Kunavaram and V.R.Puram mandals have lost majority of the villages under Polavaram project effect.Chintoor mandal head quarter now prevailed in Andhra and some of its villages hardly away 3 k.m. are in Telangana.In some instances,houses are considered to be in the Andhra and their agricultural lands fall in to Telaangana.See,how things paralyzed at a stroke of prevailing circumstances.

Frankly speaking,in these areas,except Adivasis and other some people,most of the population had been migrated from several other districts long back.Coping with newly situation may be a bit easier  for the latter.But in case of the tribal population,it could take some time to confront the ground level realities.They are bound to learn new skills in order to struggle for existence.

The greater solace is Bhadrachalam town,its surroundings and northern mandals are remained as part and parcel of the division as before.It could be more comfortable to the people ,in case,the pilgrim town  turned out to be a district head quarter in future.

New states.New things.New experience for Telugu people now.Let us wish both states to be flourished and touch new heights in all walks of life.Wherever we are,there is some bonding spirit all the way..!That is Telugu..!!
--Written by KVVS Murthy
Posted by Murthy K v v s at 10:16 PM

Email ThisBlogThis!Share to TwitterShare to FacebookShare to Pinterest
Labels: My Writings